There are certain questions we receive day in and day out, generally about whether a ceremonial minister who lives in one state (let’s say Texas) can legally perform a wedding in another state (let’s say Hawaii*), but one that pops up occasionally is also one that can be quite perplexing.

So … can a ship’s captain perform a marriage ceremony?

The simple answer is yes, as long as he or she is legally ordained by a church or religious organization. Earning the position of ship’s captain does not automatically give you the right and responsibility to serve as a wedding minister.

The more complicated answer is maybe, depending on where the ceremony is taking place.

When a wedding ceremony takes place on dry land, the law that takes precedent is that of the country, state or territory that you are standing on. If you’re in Iowa, then Iowa’s marriage laws are in full effect; the local county clerk in Iowa must issue the marriage license, the marriage license must be used (solemnized) within Iowa’s state boundaries, and it must be filed with that same county clerk to be legal and valid. Want to take your Iowa marriage license to Wichita, Kansas, and have your ceremony there? Can’t do it. Not legal.

Meanwhile, back on the boat: let’s say we’re sailing from Bermuda to the Bahamas (come on, pretty mama) and you’ve decided to tie the knot. Cool your jets. It isn’t that simple. Some cruise lines, such as Cunard, do have wedding packages that include a shipboard ceremony. Check with the cruise company or your travel agent (yes, there are still travel agents) for information.

If you’re off the coast of Maine, sailing in the Florida Keys, island hopping in Hawaii or on a bay cruise under the Golden Gate Bridge, and if the captain is legally ordained — and you have a valid locally-issued marriage license — then it’s full steam ahead.

But if you’re taking a three-hour tour out on the high seas, chances are that the Skipper isn’t going to be able to help you get hitched, even if he’s an ordained minister. (Gilligan can’t do it, either, so don’t bother asking.)

Need additional information specific to your shipboard ceremony situation? Tell us where you plan to get married, and we’ll fill in the details for you.

Are you a ship’s captain? Do you want to perform shipboard marriage ceremonies? The process is quick, simple and affordable. Click here to become legally ordained right now! (That link works for land-lubbers, too.)

* — The answer is actually yes! Hawaii does not restrict non-resident officiants from performing ceremonies anywhere in the state, as long as you are legally ordained and have registered in advance with the Department of Health in Honolulu. It’s a fairly fast and simple process! To find out more, please visit our Hawaii information page. 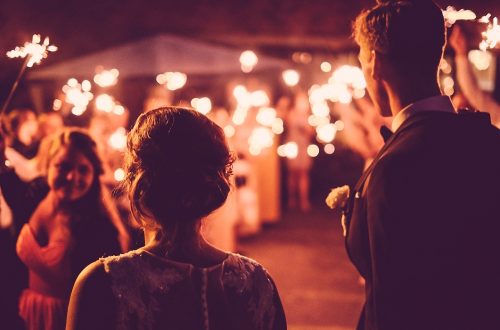 Getting Married This Year? Here’s What You Need To Know…