This article is part of a series for ministers on performing marriage ceremonies in the United States and elsewhere. In this article, we focus on the magnificent state of Rhode Island and its rules and regulations.

Rhode Island has some of the most breath-taking scenery and some of the most picturesque places to have a wedding ceremony anywhere in the world. If you are legally ordained as a ceremonial minister, it’s also a very uncomplicated place to perform marriages. 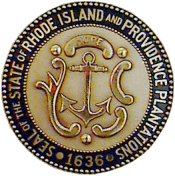 According to Rhode Island law, everyone who is or has been the minister of any society professing to meet for religious purposes, or incorporated for the promotion of such purposes, and holding stated and regular services, and who has been ordained according to the customs and usages of such society may perform marriages.

Sounds complicated? It’s really not. If you are in good standing with the church, you can perform the ceremony. Rhode Island does not require ceremonial ministers to register with any agency in the state, but — as with most jurisdictions — you are required to present your active credentials to any legal authority, as well as the bridal couple, upon their request.

In addition, Rhode Island does not restrict non-resident ministers from serving in the state, as long as your ordination is in good standing.

If you aren’t currently ordained or if you are unsure of your ordination status, don’t take any chances. You may request ordination that is valid and accepted in Rhode Island by clicking here right now, or you can contact us directly for additional information by using the form at the end of this article.

Finally, make sure you take care of the most important step in the process: in Rhode Island, after the ceremony, it is the responsibility of the minister to endorse and return the marriage license to the town or city clerk in which the marriage was performed.

The law covering who is permitted to perform marriage ceremonies is Title 15 of the Rhode Island General Laws:

State of the Union: Serving As A Wedding Officiant In Virginia